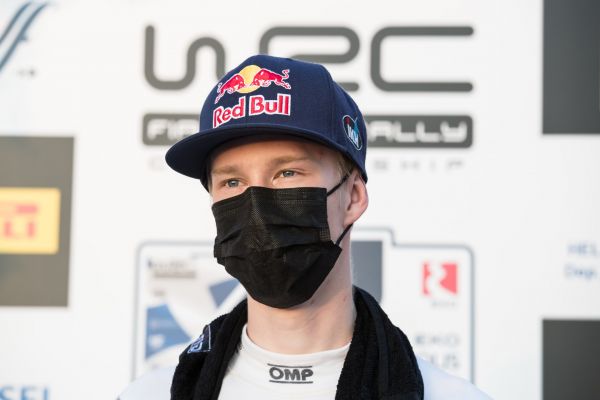 The 21-year-old Kalle Rovanpera showed maturity, composure and, above all, consistency in his performance, finishing the third day of the EKO Acropolis Rally in the first place, with a time advantage that allows him to feel confident for the win.

A celebration! Only this word can describe the atmosphere at the mountains of Central Greece. The crews, the cars and the presence of tens of thousands of spectators at the special stages, composed an exceptional scenery, with an explosive result.

Great performances and a marvelous spectacle. Those were the main ingredients of EKO Acropolis Rally’s third day, despite the fact that special stage 10 “Eleftherohori 1” was stopped after only nine cars had gone through, which was the only downside of the day.

This happened due to a number of spectators ignoring the safety instructions and refusing to comply with the repeated recommendations of the Organization.

Given that a large crowd is also expected tomorrow at the special stages “Tarzan” and “Pyrgos”, today’s unpleasant development should concern those who ignore the fact that, at events such as the EKO Acropolis Rally, safety is an absolute priority.

As for the competition part of the day, the condition of the roads after the recent downpours made the rally even more interesting and made the tyre choice the biggest challenge of the day!

In this gambling game, it was Kalle Rovanpera (Toyota Yaris WRC) who played… and won! But the young Finn was so impressive, that by setting the fastest time in four out of six special stages of the day, he proved that he is not close to victory by chance.

His performance so far can be rated even higher, taking into consideration that the two drivers behind him in the classification are both World Champions: Ott Tanak (Hyundai i20 Coupe WRC) and Sebastien Ogier (Toyota Yaris WRC)! At no time during the day did the Estonian have the confidence to push against Rovanpera. It was only in the last special stage of the day that he started smiling again, managing to increase his advantage against Ogier to 9.4 sec. The French seven-time World Champion’s tyre choices didn’t pay off, plus he was by no means willing to take risks, as even third place is enough for him to make a decisive step towards winning his eighth World Title.

Dani Sordo (Hyundai i20 WRC) did not manage to follow the pace of the leaders, but was never threatened by Adrien Fourmaux and Gus Greensmith. The two M-Sport drivers had their own battle with the Ford Fiestas, with the French enjoying a narrow lead. Further back, Elfyn Evans (Toyota Yaris WRC) is in seventh place and just like Thierry Neuville (Hyundai i20 Coupe WRC) he is already thinking of tomorrow and the Power Stage.

There is a hugely interesting battle in WRC2, between the two Skoda Fabia Rally2 evos of TokSport, with Marco Bulacia and Andreas Mikkelsen. The 21 year-old Bolivian is undoubtedly making his best appearance in the WRC and he is just 0.8 sec ahead of the experienced former factory driver of Volkswagen, Hyundai και Citroen. On the other hand, in theWRC3 category, the Frenchman Yohan Rossel with the Citroen C3 Rally managed to open his lead against the two-time European Champion, Kajetan Kajetanowicz, with a Skoda Fabia Rally2. As for Georgios Kechagias (Skoda Fabia Rally2 evo), he lies fifth in the category and first among the Greek crews, despite the problem he faced today with the power steering.

Tomorrow’s final day of the EKO Acropolis Rally might only be 70 km long, but it contains lots of history (Tarzan) plus a special stage of 33 km, that can change everything!