Jean Todt: The Acropolis Rally is part of the history of rallying 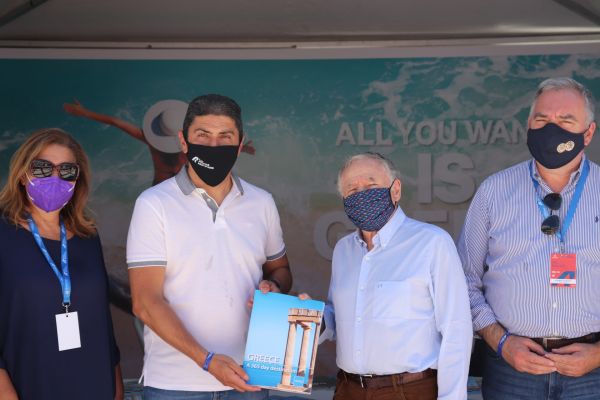 After attending both the Ceremonial start of the EKO Acropolis Rally and the COSMOTE 5G Athens Stage, the FIA President visited the rally headquarters at the town of Lamia.

Mr. Jean Todt, who was accompanied by the Greek Minister of Sports, Mr Lefteris Avgenakis, spoke about the return of the legendary Greek rally, to the WRC Calendar.

Acropolis Rally is finally back! How do you feel about Greece’s return to the WRC?
The Acropolis Rally is part of the history of rallying, of the FIA World Rally Championship and motor sport. So, we were sad when it couldn’t be held but we understand the reasons. And now we are even happier to have the Acropolis Rally back and see everybody’s enthusiasm about it. Starting from the Prime Minister and then moving to people from the private sector and, of course, the fans. At the stages and in the city center of the city of Athens, we could see the enthusiasm and everybody’s pride to have the rally back.

You have many memories from the Acropolis Rally: both as a codriver and as a team principal…
Motor sport is important, and it has been part of my life through different chapters. First as a co-driver, then as a Team leader and now as the President of the FIA. Surely a lot of things have happened during the last decade and it is very interesting to see the evolution. Of course, the Acropolis Rally is not the same as when I was a co-driver. During that time, the obligations were different. We had long rallies, with long special stages and not this level of safety.
Things have changed a lot and to the better, which is a great thing. But the Greek roads remain tough, and I was happy to spend some time and look at the stages and all the work that has been done to welcome back the competitors and the rally. It was a great effort in a short amount of time for the organisers and Motorsport Greece together with the support of the Greek authorities and government, which demonstrates the passion you have for the rally.

Yesterday the Acropolis Rally conquered down town Athens. What is your opinion for the ceremonial start and the COSMOTE 5G Athens Stage?
As you know, that first stage was not representative of the Acropolis Rally. It was only one kilometer long, in the city center, but it was all about the emotion the rally gives to the fans. And the visibility of the rally. So I think it was a great success. Seeing people happy, seeing people smiling and enjoying the show. That was special.

You spent time with Prime Minister, Mr Kyriakos Mitsotakis. What were the topics of your discussion?
We spoke about a lot of things but there were two main topics. The interest for motor sport and the development of motor sport in Greece, as well as road safety. This is a very big challenge and it was a great opportunity to see what your government is doing to address the matter. We are putting in a great effort with Vassiliki Mylona and I.O.A.S., the Road Safety Institute, that celebrated 16 years of engaging into road safety matters. It was also a very important opportunity to meet other members of the Government, to meet my team in the United Nations. It was a very intense and full program.

How important is the fact that the Greek government is backing up the rally in the best possible way?
It is absolutely essential. If you want to have success, then you need to have the government involved and motivated. And that is the case in Greece.

You talked about road safety. This was the pillar of the side events of the Acropolis Rally. How helpful is it to pass on the message through motor sport, to save lives?
I mentioned earlier the change of the format of the Acropolis Rally through the years. And that happened mainly for safety reasons. What might have been possible thirty years ago, it is not possible now. Motor sport has to operate and be used not only as a show but also as a laboratory. A means of making road cars, motor bikes, helmets and all relevant equipment progress, with the target of having less victims on the roads.

And there weren’t events about road safety only in Athens but all over Greece, passing on the message to the whole country!
And to all the neighbouring countries! I was happy to see here the representatives of the government of Kenya. They organized the Rally Safari again and it was a big show. But the agreement we had with the government was that they needed to address the road safety issues. So, we see all the leaders, of different countries all over the world, having motor sport as common ground and using motor sport as a laboratory for road safety. This is a game changer.

And finally, Road Safety is a priority during your terms as FIA’s president. Is this a legacy you want to leave behind after stepping down of your role?
There is a legacy that will remain and I hope that my successor will engage as much and that he or she will put road safety at the top of his or her agenda. On my side, I will continue with the United Nations Special Envoy for Road Safety, so I will keep being active in the fight to decrease victims on the road.